10 things you didn't know about Google

Before it became the company that has defined the era of the internet, it evolved out of an academic project started by Larry Page and Sergey Brin.

In 1995, the then PhD students at Stanford University were interested in the mathematical properties of the world wide web and made it the focus of their major academic paper.

The following year they built an early internet search engine at google.stanford.edu and on September 4, 1998, they launched the service we now take for granted almost every day.

There's a lot you would know about the company that has come to dominate internet search, digital advertising, tech software and hardware, but also a lot you probably don't.

In the past, Google has actively recruited new workers by something called a Foo.bar which alerts them to potential new hires based on what they are searching on Google.

The system is triggered when a user enters certain search terms relating to coding languages like Python and Java. The search results page breaks open to reveal the message "You're speaking our language. Up for a challenge?"

The person can decline or otherwise click "I want to play". If they are keen, they are taken to a coding challenge that includes multiple levels of problem solving and takes several days. But at the end, you could be offered a job at Google. This one is pretty brilliant and can be a good procrastination tool if you work a desk job.

I bet you never knew you can play Atari breakout in Google Images.

To get there, simply search "Atari Breakout" on Google Images and you will be automatically transported into the game where you control a little bar to hit a ball at a wall of bricks.

We reveal our deepest sexual insecurities to Google

We turn to Google's search engine for all sorts of queries and questions. The people and things that we search for often centres around the news cycle at the time. But we also turn to Google to see if our relationship troubles and insecurities are normal.

A recent book by former Google data scientist Seth Stephens-Davidowitz revealed some of our more sordid hang-ups when it comes to our private internet queries.

Men do more searches for how to make their penises bigger than how to tune a guitar, make an omelet or change a tyre. However women care far less about the size of their partner's organ. For every one search that women make about a partner's size, men make roughly 170 searches of their own.

There are 16 times more complaints about a spouse not wanting sex than about a married partner not being willing to talk, with men the main culprits.

There are twice as many complaints that a boyfriend won't have sex than a girlfriend. Indeed, the top complaint in search data about a "boyfriend" is that he won't have sex.

In 2009, the company posted a blog post detailing how it employed a herd of about 200 goats to mow the grass around its campus.

"This spring we decided to take a low-carbon approach. Instead of using noisy mowers that run on gasoline and pollute the air, we've rented some goats from California Grazing to do the job for us," the company said.

"It costs us about the same as mowing, and goats are a lot cuter to watch than lawnmowers."

You don't have to be first, you just have to be better. When Google launched there were plenty of other search engine companies that were working to index the web.

AltaVista, AskJeeves, Yahoo! and others were already operating, but Google has a better quality of search and a simple, ads free home page that helped it prevail as the most popular search engine.

Today the company accounts for nearly 91 per cent of all internet search requests. It dominates the world with the exception of Russia, where it competes with the local Yandex, and China, where Baidu has largest market share.

The company tracks your every move

The company relies very heavily on knowing everywhere you go so it can best target you with ads.

Google services on Android devices and iPhones store your location data even if you've used a privacy setting that says it will prevent Google from doing so.

For example, Google stores a snapshot of where you are when you merely open its Maps app. Automatic daily weather updates on Android phones pinpoint roughly where you are. And some searches that have nothing to do with location pinpoint your precise latitude and longitude — accurate to the square foot — and save it to your Google account.

Google lets you explore the universe

Google Sky lets you be a space traveller from behind your laptop — it's kinds like Google Maps but for the cosmos.

The online service uses images from the Hubble Telescope and NASA Satellites to let you poke around the outer universe.

You can search for stars millions of light years from Earth, learn about astrological signs and find space related content.

There are many perks to working for Google and these do not stop after death. If an employee dies while still working for the company, then their spouse will still be well compensated for the foreseeable future.

According to CNN Money, the surviving spouse receives 50 per cent of the salary for a decade after their partner has died.

Google is named after a mathmatical term

It is a take on the mathematical term 'googol'. This is a name given to the number that starts with a one and is followed by 100 zeros. They chose this name to represent the fact that they were creating a search engine that would provide large amounts of information.

You can translate symbols by drawing them 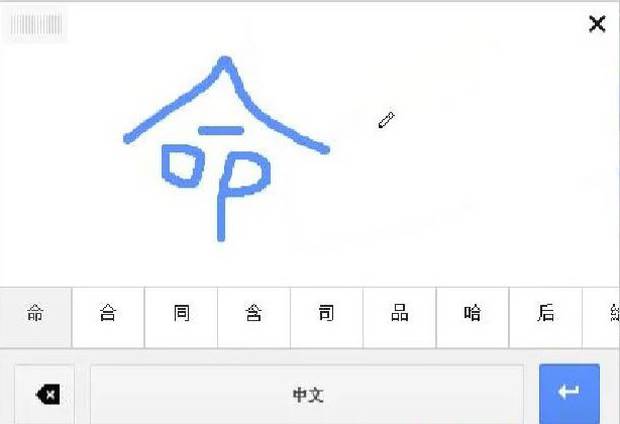 If you go to Google Translate, there's an option where you can manually draw things like Chinese or Arabic characters, which will then be translated for you into English.

Open the translate app and at the bottom left of the text box is a drop down menu next to a pencil. At the bottom you can select handwrite and draw in your translations.

Why you need a marketing plan

AI is coming to you sooner than you think!